How Australia's Economy is Benefited by Digital Technology. 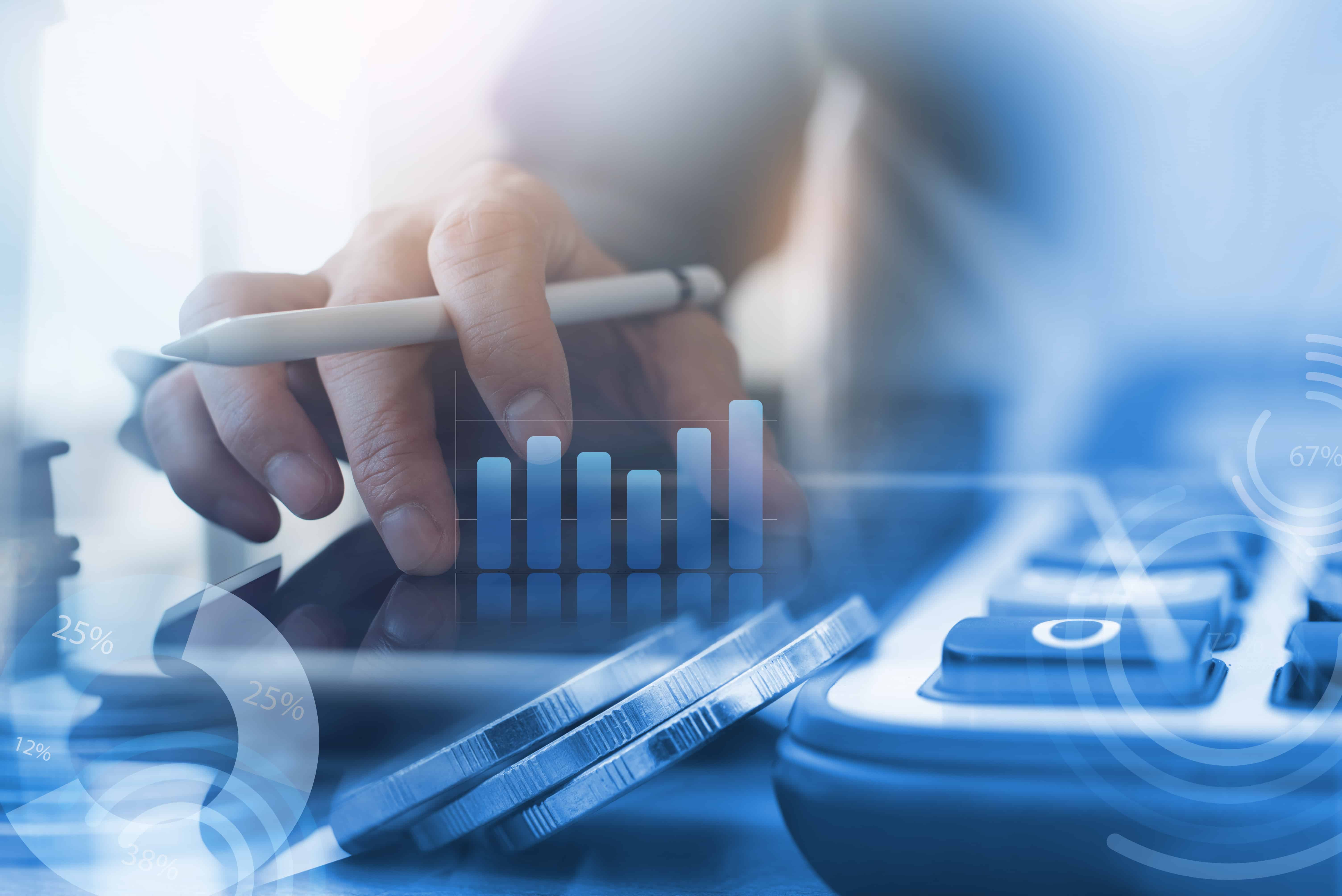 The economy of Australia is intensely digitally equipped. Key segments like producing, retail, accommodations, and banking and money are moving quickly towards online preferences.

I know for a fact that Australia’s economy is on a downfall and has contracted 7% in the June quarter but also look for a fact that we have been growing for the last 30 straight years.

Recession is taking away a lot of Australians jobs and is wrenching the economy down, but it also brings so many opportunities for us to start something of our own. The Global Economy after the 2008 recession was terrible than what we are facing right now, but the companies who had a great vision during that time are one of the leading companies in the world.

WhatsApp launched in 2009. Facebook purchased it in 2014 for 19 billion dollars. Groupon again founded in 2008 and now is valued over $726 million. Uber started with their services in 2009 too, and now its valuation goes over $47 billion. Slack, a work messaging app that launched in 2009 is now valued $15.9 billion, and the list could go on.

The 2019 edition of Deloitte Digital Impulse forecasts that demand for technology workers will grow by 100,000 somewhere in the range of 2018 and 2024 in pattern terms, with the innovation workforce increasing to 792,000 workers. The pipeline of technology workers is progressively improving; enrolments in IT degrees by domestic university students have increased by more than 50% since the low of the late 2000s, and female representation in the technology workforce has risen to 29% in 2018

Improvement in the technology sector leads to advancements in the digital payments sector.

Digital technologies are fuelling Australia’s financial development – that part which is powered by mobile technology will be worth $65 billion to the Australian economy by 2023, because of work and capital profitability enhancements.

It will be essential to guarantee that all Australians benefit from the digital economy. According to Nobel Prize-winning economist Paul Krugman,
“this requires widespread adoption of technology across all industries and assisting regions that are negatively affected by digital disruption.”
Professor Krugman received the 2008 Nobel Prize for Economics for this work on international trade and economic geography and is a distinguished scholar at the Graduate Centre of the City University of New York as well as a frequent New York Times columnist.

In general, as per the Australian Bureau of Statistics (ABS), “the digital activity gross value added grew by 7.5% per annum – right around five times larger than current national Gross Domestic Product (GDP) growth.”

We Australians spent around $34.27 billion in online retail sales in the 12 months to April 2020, about 10% of Australia’s total retail trade estimate that year. This number is increasing at roughly around 10% per year, and online trade usually being 4-5 times higher than standard retail.

Based on these numbers, a quarter or a more significant amount of retail could be online inside ten years. In April 2020, the Online Shopping Industry Index rose to 58.5% compared with April 2019. It is a big hop from 19.3% and 28.6% (in February and March 2020). This move is because of buyers progressively moving shopping activity online as they adapt to the pandemic limitations.

The CEO of Barclays said, “The notion of putting 7000 people in a building may be a thing of the past.”

GDP Effects due to these Advancements:

It should be noticed that the financial benefits of digital technologies to productivity and GDP only provide one perspective on how these advances have improved living standards across the Australian population. There is additionally a scope of other types of welfare gain, like, better access to and quality of health care and education services, as well as non-monetary benefits.

The Chief Information Officer of the Reserve Bank of Australia (RBA), Gayan Benedict mentioned that “Our New Payments Platform, the Bank-managed Fast Settlement Service that underpins it, is integrated in real-time across the nation’s banking sector. Similarly, our new core banking platform is plumbed via cloud-based API services into our Government customers to enable real-time payments into citizen’s accounts. The Bank’s policy areas have developed new data platforms that consume massive data sets from across the industry to assess credit risk and maintain stability across our markets.”

Minister for Industry, Science and Technology Karen Andrews, identifies where Australia’s efforts should be focused in the years ahead to amplify the digital economy. She quoted, “We need to maximize opportunities from digital technology across Australia, and this report identifies key areas to focus on,”

“Those four areas are people, services, digital assets, and the enabling environment, each of which is accompanied by opportunities and areas for further improvement," she added.

Talking about the enabling environment, we have smart city concepts working effectively.

As of late, smart city digital solutions have given new opportunities to oversee congestion and improve liveability for residents. Smart cities are urban zones that incorporate ICT and internet-enabled gadgets to gather information and use it to optimize operations and services. These technologies offer the possibility to decrease congestion by improving the time needed to go between destination, increasing the safety of transport and reducing traffic incidents, and minimizing environmental impacts.

By i-Pay team’s assessments, digital activity, considered on its terms as GDP, as of now contributes, straightforwardly and by implication, around $426 billion to the Australian economy. Also, a digital activity considered on its terms is liable for some 2.3 million jobs and generates some $1 trillion in gross economic output from the Australian economy.

How i-Pay is Helping Customers and Businesses Upgrade their...

Customers and Business are grasping digital payments. Cards have surpassed money as the most preferred type of payment and cheque use is going down day by day. The shift towards digital payments leaves a lot of room for customers and business to innovate potential ideas. 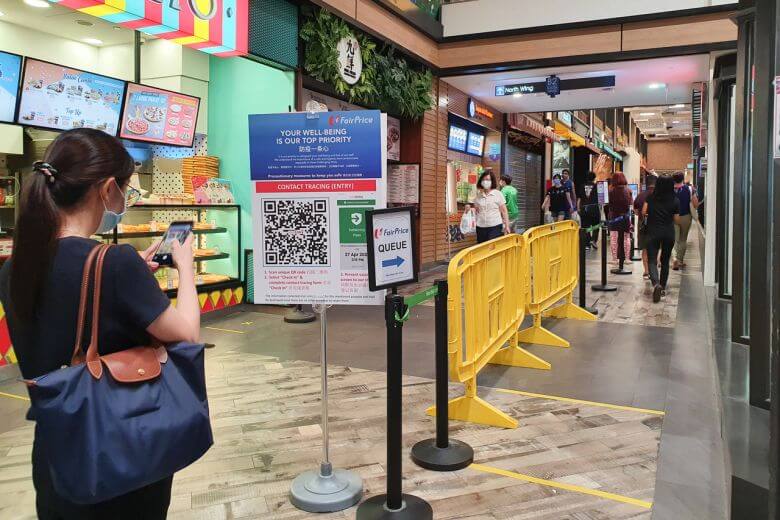 To increase our safety, the hospitality businesses have been informed to adapt and innovate because of COVID safety measures, with a Visitor Management Framework currently being a necessity. The Free Visitor Management System by iPayPro permits your business to meet government requirements and re-open in a safe, smoothed out way!